“The longer the time frame for results, the less you need intensity and the more you need consistency.” – Shane Parrish

I’d like to share a story about struggle, process, motivation, perspective and what it takes to grow and thrive in the face of monumental challenges.

A good friend and former colleague called me the other day:

“I feel frustrated.” He said “I’m doing all of the work, but nothing is happening. I’m not seeing any results or progress. Maybe I’m not doing the right things. It’s really hard to stay motivated.”

My pal is battling a number of big life and career challenges at the same time. It can be difficult to see baby steps of progress, even claim small wins each day when feeling you are fighting battles on multiple fronts.

It’s all about perspective.

My friend sees struggle and I see inspiration in his perseverance to come out the other end stronger. He sees roadblocks and I see a willingness to be vulnerable and open to starting over later in life without the comfort of your family or a job in an industry of which you have been a dominant force in for decades.

It is perspective that determines what stories we tell ourselves and those stories directly affect our potential outcomes.

In times of crisis our primal self-preservation instinct is to comfort ourselves, especially in the absence of other trusted voices doing so. Telling ourselves stories such as “Relax, things will work out; if the results I want aren’t happening it’s not because of the work we’re doing it’s because variables outside of our control aren’t aligning.”

An alternative to the current path of pain is seeking comfort in distractions such as stress eating, drinking, procrastination or any number of vices. But honestly, we all know where those paths lead and how that story likely ends. Either you are back exactly where you were before making a diversion, trying to forge ahead; or you have given up completely.

This is the “cave,” the dark place of self-doubt and seemingly insurmountable obstacles and it is where most people fail on their journey. It is where stories end, defeat is accepted, progress halts and quitting become the only proactive choice. This is literally the time and place where growth is stunted, where decisions made in the span of seconds will take years to recover from and where dreams die.

So, what was my advice to my pal in the moment of our phone call?

If you are on a program with clearly defined goals and detailed tactical action items to accomplish them and, if you are making measurable progress no matter how small on a daily basis and have honest accountability via yourself or a trusted peer then you NEED TO RESIST THE BASIC URGE TO COMFORT YOURSELF. 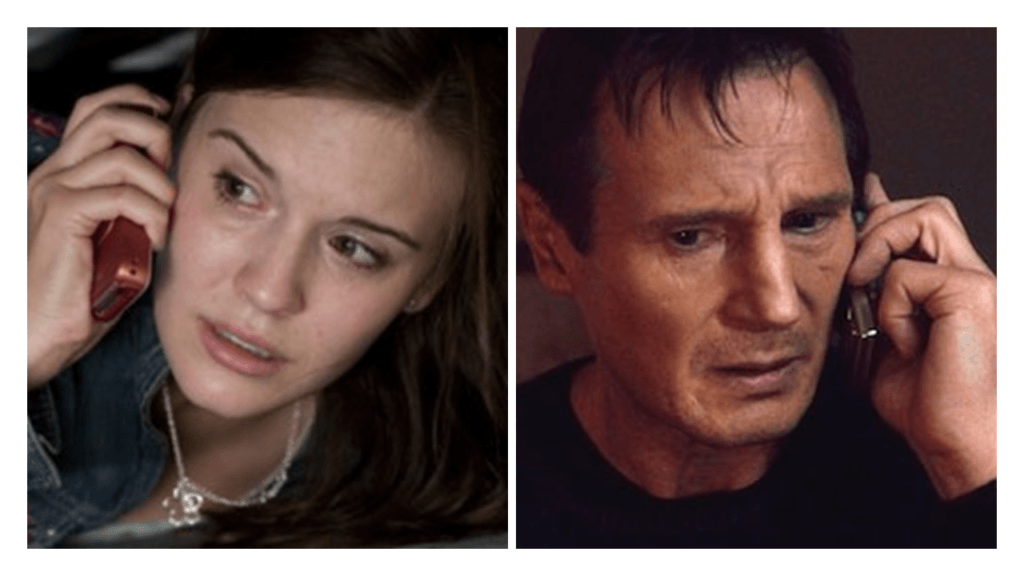 Having glimpsed a movie while channel surfing the day before it was fresh on my mind, I provided my pal with the following anecdote, sort of “all of life’s questions are answered in the movies” advice:

In the 2008 film “Taken,” Liam Neeson is an elite security professional who has spent his life in situations with the odds stacked against him – bleak outlooks but ultimately prevailing. He has done so by making hard choices – doing things most people wouldn’t in such dire situations and thus, they didn’t survive or thrive as he did.

When Liam’s daughter finds herself in a terrifying kidnapping scenario, she seeks comfort and advice from the one person with direct experience who should be able provide immediate comfort and actionable remedy – her father.

If there is any human instinct to deliver comfort greater than self-preservation it is that of a parent wanting to end their child’s suffering.  So, does Liam tell his daughter that everything is going to be alright? Does he tell her you’ve done all you can, and things will work themselves out if meant to be?

Liam’s character knows through the experience of a lifetime of doing hard things that such a course of action is for those who ultimately perish in the cave.

Instead Liam tells his daughter “They are going to take you.” She fills with terror and begins telling herself the story of her own pending demise.

In this time of crisis Liam must spike his daughter’s discomfort and fear in order to force clarity of her situation and dialed in focus and concentration on his advice which follows: Incredibly difficult but clearly defined steps for his daughter to increase the odds of a successful result in her situation – not now but at some later point in the future.  It’s the same for a kidnapping victim in this situation as my pal in an internal downward spiral of negative thought.

And, since my pal in this story or you, the reader likely aren’t getting kidnapped, stuffed in the trunk of your car and driven to a secondary crime scene (as Tony Blauer is fond of saying), you have even less of an excuse not to take control of your perspective and change it in your moment of fear and self-doubt.

Go back to the basics:

There is a time for taking breaks. Time away from the process and the grind – there are healthy and productive ways to do so, and they are important. I’ll discuss those in a forthcoming post. However, most of the time when you hit these roadblocks the best course of action is to trust the process and stick to the discipline.

I’m not minimizing anyone’s suffering or situation in life or career – but sometimes you need an extreme perspective to hold up against your own to realize things aren’t as bad as they could be, there is always a path forward, and when you ask for help be it in identifying your path and setting actionable achievable goals or implementing tactical plans you are in such a better situation than most.

Be grateful.  Change your perspective.  Get back to work.